Lord of the Rings by J.R.R Tolkien tells a story in an imaginary world that somehow rings true. 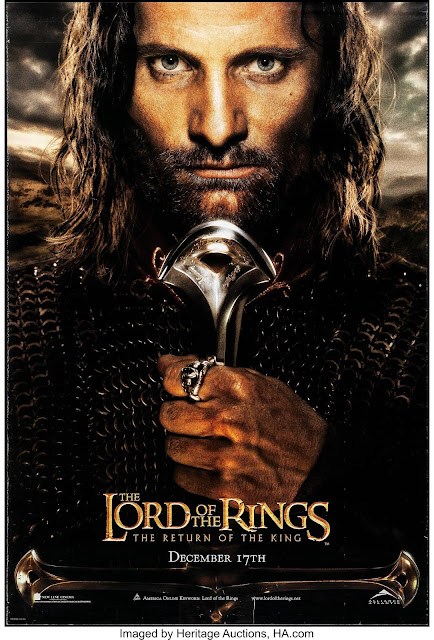 In Tolkien’s fantastic universe of humans, hobbits, elves, wizards, dwarves and monsters, a great evil threatens to cover the world in darkness and make every living being its slave. Chaos is the order of the day. Fear rules the hearts of most. Hope is faint.

Yet amid the darkness, there are flickers of light in the love, unity and courage of a few heroic characters. One of them is Aragon, who is destined to be king. The trilogy ends with his long-awaited return to the throne and triumphant deliverance of his people.

Mark 11:1-10 is one of the Bible passages for Palm Sunday, it tells of Jesus entering Jerusalem to the cheers of the crowd, it is the return of the King:

Now when they drew near to Jerusalem, to Bethphage and Bethany, at the Mount of Olives, Jesus sent two of his disciples and said to them, “Go into the village in front of you, and immediately as you enter it you will find a colt tied, on which no one has ever sat. Untie it and bring it. If anyone says to you, ‘Why are you doing this?’ say, ‘The Lord has need of it and will send it back here immediately.’” And they went away and found a colt tied at a door outside in the street, and they untied it. And some of those standing there said to them, “What are you doing, untying the colt?” And they told them what Jesus had said, and they let them go. And they brought the colt to Jesus and threw their cloaks on it, and he sat on it. And many spread their cloaks on the road, and others spread leafy branches that they had cut from the fields. And those who went before and those who followed were shouting, “Hosanna! Blessed is he who comes in the name of the Lord! Blessed is the coming kingdom of our father David! Hosanna in the highest!”

This was a big deal for the Israelites, who had been looking forward to a King to save them from foreign oppression and restore Israel’s former glory. After years of waiting and suffering under oppression, the Israelites were finally able to declare the arrival of their King, openly singing songs of praise and glory unto Him. What a celebration it was!

Jesus was fulfilling an ancient prophecy from Zechariah 9:9. Words–written 575 years earlier–predicted that when the true king came to Israel, he would come riding on a donkey.

He’s a king, but he’s not like any earthly king.

When Jesus entered Jerusalem it became  clear who He truly is, what He is like, and what He came to do. His kingship, humility and mission are all on display in the triumphal entry. The question is, how will we respond to this king?